Achot Achot was born in Yerevan in 1961 and grew up in Armenia. He now lives in Paris. In his spiritual afactum works photography is not only juxtaposed against and mixed with abstract painting: Achot Achot also reconciles two seemingly diverging views of life with each other and synthesises them. His photographs of young women with their palpable eroticism address as well as dissolve the separation of body and soul that is so inherent in Christian-Occidental history. Yet, in his meditative paintings evoking Far Eastern philosophies such dualism no longer appears to exist. The borderline between ‘The Self and the Known’ becomes irrelevant, the yearning for ‘The Infinite’ being the underlying goal .﻿

Emily Artinian was born to an Armenian father in Pennsylvania in 1970. She now lives in London. Her involvement with artist’s books and text-based art is a recurrent theme of her work and can also be regarded as a reminiscence of the Armenian book culture and tradition. Emily Artinian’s conceptual text works add visual expression to abstract language which in turn is often reduced to abstract language again. Her projects resemble translation processes, cryptic, arcane messages which need to be deciphered to grasp their true meaning. Identity is thus tantamount to cryptography and difficult to decode.﻿ 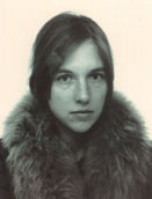 Eléonore de Montesquiou is a French-Estonian artist born in 1970, she lives and works in Berlin and Tallinn. The films of Eléonore de Montesquiou explore the identities and the borders, with a minimal formal vocabulary and an oniric esthetics. The artist, having lived a long time in Austria, Estonia, Germany, is located constantly between two languages, two cultures, two generations, two stories. She interviews the inhabitants of border areas, urban intervals, forgotten cities, and assembles their testimonys in a significant way. Her videos, of a subtle poetry, shows of a true love for the interviewed people and a singular attention for strange stories of every day life. In 2005-2006, she worked on ATOM CITIES, a documentary project dealing with the Russian minorities living in ex-closed nuclear cities in Estonia.﻿ 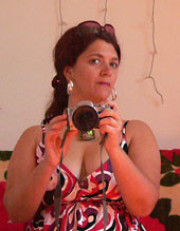 Silvina Der-Meguerditchian is the granddaughter of Armenian immigrants to Argentina and was born in Buenos Aires in 1967. She grew up in Argentina and now lives in Berlin. A recurrent theme of her work is the remembrance of the ethnic dislocation of the Armenian people and the genocide they suffered. She uses photographic memorabilia and official documents and merges them in her crochet collages into individual painful stories. Silvina Der-Meguerditchian ties a net. She connects the disparate, builds bridges between worlds apart or seeks a dialogue with the unknown. Her work “Connexion Obsession” is emblematic for this artistic fervour. Her main focus is always on the actual process of joining and dissolving, constructing and deconstructing identity. Silvina Der-Meguerditchian’s work represents a type of mnemonics, namely the individual and collective art of commemoration.﻿

Olga Jürgenson has been practicing as an artist since 1992 and has enjoyed an interesting journey from her Fine Art education focusing on Socialist Realism in St. Petersburg, Russia to current work as a contemporary New Media and Installation artist living and working in the UK. Jürgenson has held several solo exhibitions and has participated in group exhibitions and festivals across Europe, The Far East and Australia. These include: ‘Wind Art’ Festival in Seoul (South Korea), ‘Global Fusion 2005’ in Melbourne (Australia), ‘Paradise in Bunker’ in Kunstbunker Tumulka, Munich (Germany), etc. She is currently working on issues, which question serious social and political issues, but at the same time are accessible for a wider public by being both engaging and entertaining. ﻿ 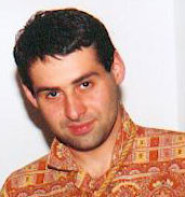 Archi Galentz was born in Moscow in 1971. He comes from an Armenian family with a long history of painters and now lives and works in Berlin. A recurrent theme that is central to his artistic work is the question of Armenian identity, especially in relation to political factors such as the demise of the Soviet Union and the resurgence of Armenian awareness. The search for a paradise lost as the central theme of Archi Galentz’s work was already evident in “The Black Garden” of 1997 in which the aspect and use of colour were, however, key issues – painting as a medium to illustrate the condensation of life and the strategies for survival.﻿